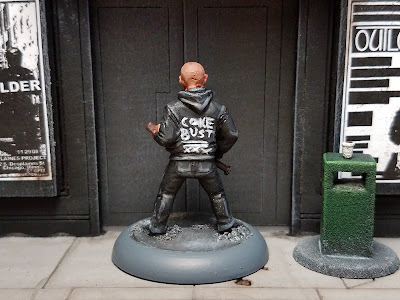 Yesterday it was officially announced that Slow Death Games is now available exclusively in Europe through Corehammer. Slow Death Games make the game of subcultural warfare, Wild in the Streets. Chris is a good friend, and as many of you know, allowed me the honor of creating the WitS game supplement, Tooth Chipper Fanzine. It should be no surprise to know that Tooth Chipper Fanzine #1 is available in the Corehammer webstore right now.

For those of you unfamiliar with Corehammer, Corehammer is a blog run by a crew of folks in the UK who came up on a mix of punk, metal, gaming, and nerd culture, much like myself. A couple of months back I contributed to their Cyberpunk themed week with this nostalgia piece on my first true wargaming love, Necromunda. If any of that sounds interesting to you - click on some links.