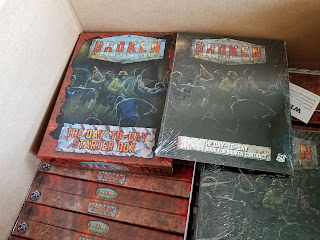 At AdeptiCon we debuted three new releases and they are available on the Breaker Press webstore now!

Broken Contract The Day-to-Day Starter Box
This Starter Box is a revised and reimagined version of last year's starter box. The box we brought out to the world through Kickstarter last year contained a lot of stuff, but in retrospect may have been a touch overwhelming to new players. The focus then was on creating a sandbox for players who wanted to create their own characters and crews, but it was too much stuff to make a smooth introduction.

The Day-to-Day Starter Box seeks to resolve that by adding our Introductory Episode Book, The Day-to-Day and keeping the cards and models strictly to those on the sample crew rosters included in the book. The three scenarios are meant to guide the players through progressively more involved Acts, composing a mini-campaign called an Episode. 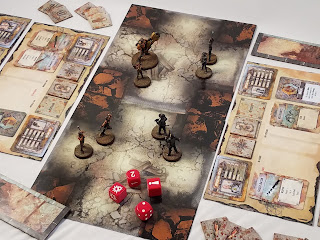 The Day-to-Day Starter Box is the perfect introduction to the miniature game, Broken Contract. Contained within are the Broken Contract Rule Book, The Day-to Day Introductory Episode Book, 8 metal miniatures, a game map, 64 cards, 30 chits, 8 character dashboards, 4 dice, and 2 rulers - everything you need to get up and playing Broken Contract.

Note: If you already own last year's Starter Box, you don't need this one. Instead, you want... 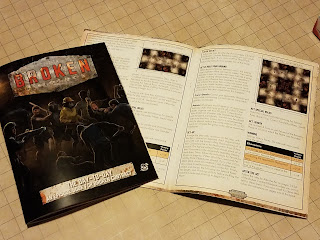 The Day-to-Day is the first in a series of Episode books for Broken Contract, and requires the Broken Contract Rulebook to be played. Contained within these pages are three Introductory scenarios, called Acts, that build into a mini campaign that will give the players hours of gaming entertainment as a single Episode, or can be inserted into your own campaigns to be played again and again. 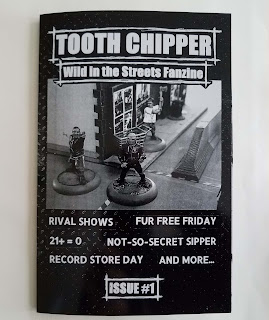 Tooth Chipper: Wild in the Streets Fanzine Issue #1
Last fall I pitched the idea to Chris at Slow Death Games that I wanted to do fanzine-style gaming supplement for his game, Wild in the Streets. He loved the idea, so we set about collecting a fun batch of scenarios and staging some cool photos to set the scene. Real life suggested music playlists help set the tone for your games as things get ugly at the fur protest or you try to sneak into a 21+ show of your favorite washed-up punk band!

This fanzine is also packed with references for anyone who wants to start a deep dive into the music subcultures that are the basis for the game, in lieu of the "background" that is found in most game publications.

Stay tuned as we repackage some of our existing range of models, cards, and dice and keep your eyes peeled for our next Kickstarter for some brand new models!