It All Takes Shape!

By xNickBaranx January 18, 2016
The blog has been silent for months, and for that I should apologize. The Kickstarter Backers have been getting regular updates, and the Broken Contract Facebook page has gotten some too. But I have left those of you who look to the blog for updates on the development of Broken Contract in silence for 3 months now. Fear not though, it's all been coming together behind the scenes! 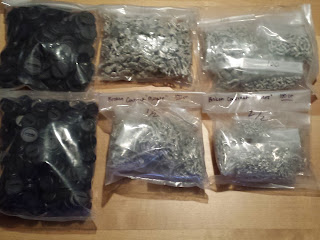 First off, the models. All of the character models promised during the Kickstarter have been sculpted and 3D printed. A couple of months ago the first 2/3 of them went into production and the models have been sitting here with me in Milwaukee, awaiting the necessary printing and remaining models, Currently, the final batch of sculpts are at the caster and are in the hands of the mold makers. I should have masters in my hands very soon. 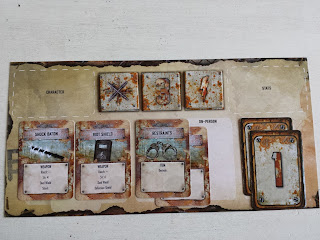 Around the time the blog went quiet I had gotten in the Character Dashboards, the first wave of Equipment Cards, and a variety of counters to keep track of Actions, Wounds, and game Effects. All of the counters are placed on the dashboard rather than on the table/board to maximize immersion in the visual aspects of gaming with miniatures. 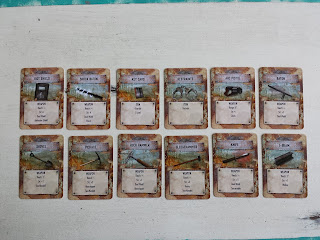 During this time I got the first wave of Equipment Cards. 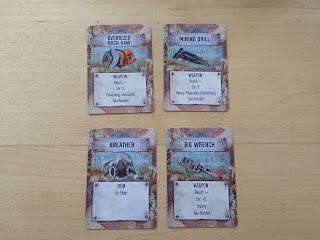 Then I got several more. Currently at the printer, there are cards for approximately 30 pieces of equipment. This design decision allows us to expand equipment and special abilities every time we release a new model if we so desire without relying on a full new book or expansion. This should make Broken Contract very adaptable for years to come. 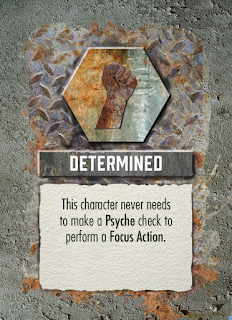 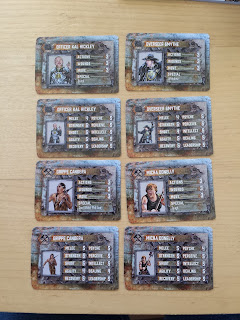 Somewhere in mid Autumn the first Character Stat Cards arrived. Above is a close up of the Kickstarter Special Edition Characters. 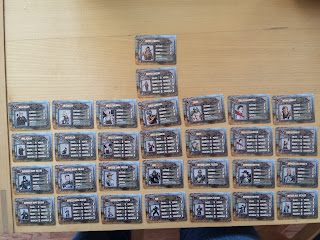 Here is a collection shot of all of the Characters. The only thing missing from this shot are the drones who are at the printer right now. 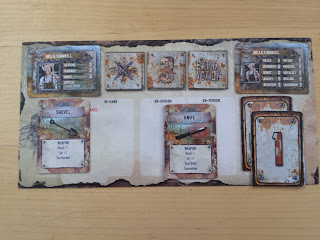 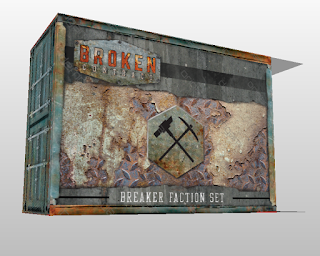 The final bit of design work that is at the printer right now are boxes for the Breaker Faction Set and Prod Faction Set. These boxes are designed with the important "packaging text" contained to one side so that the box can be tipped onto the game board and be used as a cool looking shipping container during your games.

With models still at the caster and cards and boxes at the printer, things should be done very soon. Still, my best estimate for when we will begin shipping will be sometime in February.

I think our graphic designer, Sam Alcarez, did a fantastic job creating all of the design elements for Broken Contract and I look forward to our next steps!

Thanks for reading and expect more updates soon.
-Nick