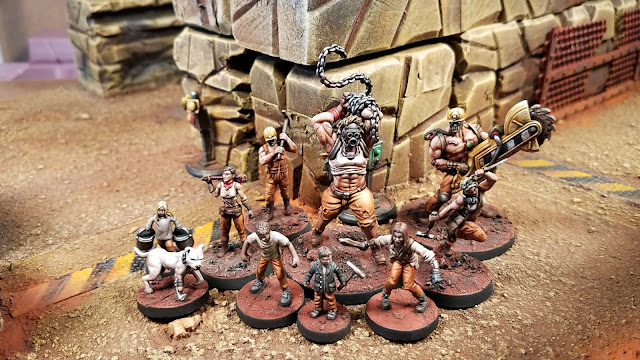 April was an exciting month and we've got a lot of plans coming up. Here's a list of projects and their status: 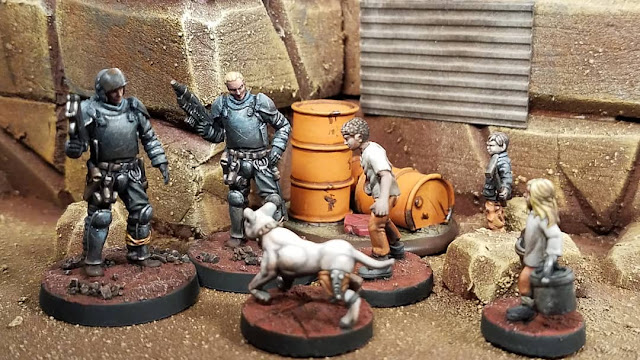 At the end of April we shipped the first wave of Children of FerrumSky Kickstarter Rewards to our Backers. Even though we had plenty of boxes, shipping containers, stickers, labels, and thank you cards, I didn't double check the number of actual models we had on hand. I thought I ordered 60, and we only had 30. We shipped out everything we had on hand, but we still have half of our Backers waiting for their models to ship. Currently Valiant in Madison, Wisconsin are only casting pewter miniatures due to reduced staff (ie. just the two owners of the business). They are still prepping molds for resin models but resin miniature manufacture is more labor intensive and currently their production staff are observing Wisconsin's Safer at Home order. That being said, fresh molds have been ordered and as soon as they bring back their staff, we'll be in the queue to get those models cast up right away. Similarly, a number of our Backers also pledged for the Broken Contract: The Day-to-Day Starter Set and we are waiting for The Game Crafter, also in Madison, Wisconsin, to reopen their doors and resume production to get those boxes ready to go. We are hopeful that we'll be able to ship these things in a June/July window, but the world is a tad bit unpredictable as you all know. We will keep you updated on any developments. In the meantime, to stay organized we will finish sending out Backer Surveys, collecting postage, building and painting shipping containers, and labeling boxes for shipping so that when we have miniatures in hand they will go out rapidly! 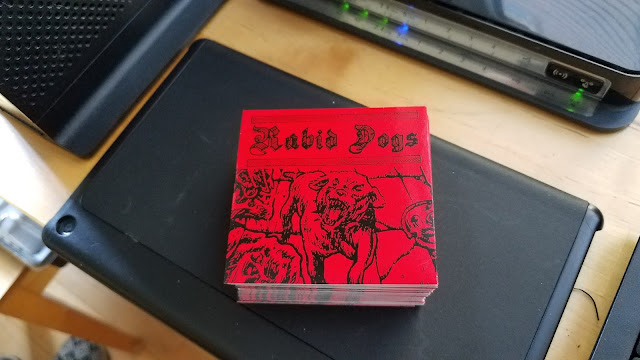 I mentioned in my last update that Rabid Dogs Zine had to make a switch over to digital layout over cut and paste because the copy shops are all closed. The one advantage to this is that it will be easier to go through a "Stomp the Typo" phase when the first draft of the digital layout is complete. I've set a deadline for myself of this Saturday to finish all of the text. Over the last couple of weeks we got to put the new Occupation Table to use, and people have really enjoyed it. A bunch of the new Occupations have made appearances to folk's amusement, so I consider them a success. Over the next week I'm hoping to put all of the new encounters from the zine through the paces to make sure they are detailed out enough and are fun for the players. We're also rounding out the art in the zine with some space fillers from a variety of artists. I think people will be nice and happy with the end results. Similarly to the Children of FerrumSky Kickstarter Rewards, I've already ordered the envelopes and put the "from" label stickers on them. In about two weeks I'll send out the Backer Surveys so that I can start addressing envelopes to all of you that pledged. 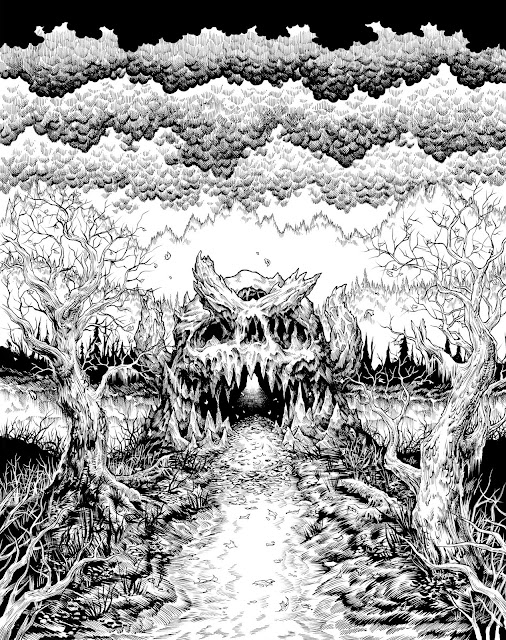 The Precipice of Corruption 0-Level Funnel (intended for DCC RPG)

Anyone who has followed us on Instagram or Facebook has seen mentions of this project for at least the last year now. This has been an absolute labor of love that started over 3 years ago. I had only owned the DCC RPG hardcover for a month when I wrote the first several encounters and drew out a handful of encounter maps. My players had a blast and reacted really positively to my writing style so after the adventure was over I revised sections again and again. I studied design commentary by watching Ben from Questing Beast and Matt Colville and I took it to the streets, running it at game stores and conventions. A new found friend, Jim Meyers, has also run it for groups and revisions have continued. At this point it has been pretty thoroughly playtested and a pile of beautiful art has been collected from Matt Stikker (@bargainbinblasphemy), Mike Tommyrot (@miketommyrot), Rich Sampson (@artofnerdgore), and Sam Alcarez (@samalcarez).

When I wrote this adventure, I channeled all of my fond memories of my earliest D&D/AD&D experiences. There is definite The Keep on the Borderlands and Tomb of Horrors worship here, with modern design principles to temper some of the failings of those seminal works. For that reason, we are strongly considering doing two printings. One for my current love, DCC RPG, and another revised for Old School Essentials which, for those not in the know, is a rewrite/reorganization of the original Basic and Expert D&D rules from the early 80's. It just seems appropriate to modify this adventure for that audience as well. Watch for this project going to Kickstarter in late May or early June. 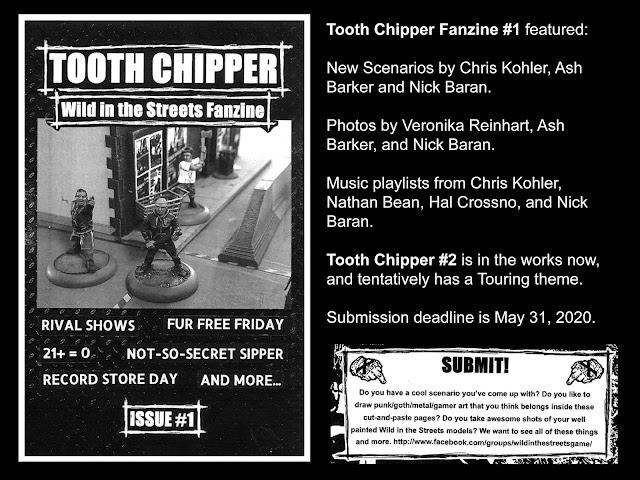 We announced on Facebook a few weeks ago that work has begun on Tooth Chipper Zine Issue #2. Tooth Chipper is a gaming supplement for Wild in the Streets by Slow Death Games, focusing predominantly on scenario content. We are currently taking scenario and well staged photo submissions from gamers at large until May 31st. We'd love to see what you come up with! If you need inspiration, you can pick up the Tooth Chipper Issue #1 PDF on Wargame Vault here.