By xNickBaranx April 08, 2020
For those who don't know, we launched our first RPG related Kickstarter in February as part of Zine Quest 2. We launched a Kickstarter for Rabid Dogs Zine, a DCC RPG compatible zine that simultaneously presented some of my home table rules, and layered it with an homage to the punk and crossover thrash that I came up on. Here's the latest update regarding that project:

Hello Rabid Dogs backers! Sorry it has been a month since our last update. I know some of you are probably so wrapped up in the sadness of the outside world that you haven't even thought about this little Kickstarter, and I am sure some of you are clinging to every bit of joy that comes into your view, including updates about gaming products that you are excited for. I know the little bundles of books from other indie game makers has made for bright spots in my last few weeks, so I get it.

Rabid Dogs and the Last 30 Days

I had been waiting for Jamie Jordan to finish the above piece of art before I could move on with the cut and paste layout, and in that time my photocopy haven, and all other photocopy havens, have closed to the public. This is obviously the right decision in light of events, but it also means that my plan of doing the entire zine in cut and paste would possibly delay the project for months, and I don't want to do that. Despite wanting to do this zine how I came up making zines, I think the right decision is to send it to Hal, who does graphic design for our other "non-zine" projects and have him put it together. I did craft a new Occupation Chart, as promised, that includes canine occupations and removes demi-human occupations, in line with the other articles in the zine. In the next few weeks we'll get this done and get it to the printer so we can ship them out. I received notice that our Rabid Dogs stickers were ready to print and should ship this week, so this project should wrap up pretty quickly now. 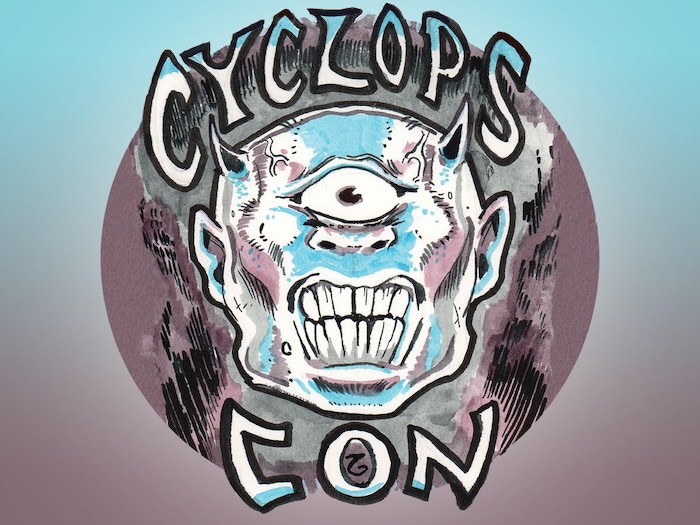 For any of you who are already big DCC RPG fans (which I assume is most of you), we're participating in Goodman Game's virtual Cyclops Con, April 17-19. I will be running, The Precipice of Corruption 0-level Funnel and The Furnace Tower Level 1 Adventure. Precipice is the next RPG project we'll be bringing to Kickstarter, so Cyclops Con will be a great way to check it out and see if it's for you. The Furnace Tower is a WIP being playtested. It was an adventure originally written for my gaming group as a way of questing for their new wizard's spells, so I think some Judge's will like it for it's utility in their campaigns. We'll see!

Enough about us. We think it is fantastic the way Goodman Games has gone full steam ahead into the virtual arena, striking that spark of joy that comes from gaming with friends, near and far. It is honestly so needed right now for so many, so kudos to them.

That's it for today. Expect to see some momentum coming rapidly on this project though. Thanks again for all of your support!