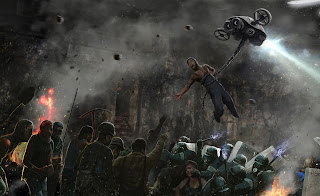 (by Matt Wirth with Nick Baran and Robert Ferrick)