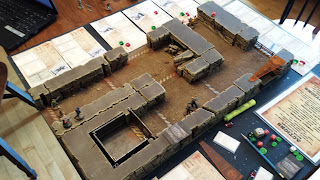 June was a busy month and I feel like I neglected the blog as a result. Those who backed the Kickstarter have been getting updates every week or two but if you are just a lover of hobby blogs then you may feel like you've been missing out. 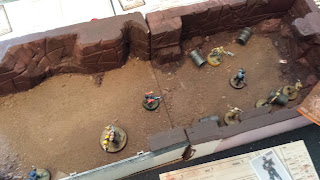 If you are a fan of the Making Mine Scenery series here on the blog, here's a sneak peak of how the 'It's Time' board is coming along. It isn't finished yet, but it is playable so it got used in today's playtesting. 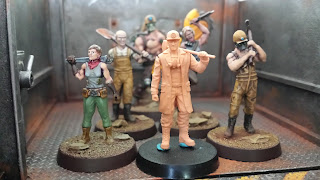 Several weeks back we got the Breaker Crew Leader, Will Kollis, in from Prodos. He was the first model Prodos did for us and I think he came out fantastic. He blends right in with the existing Tim Barry sculpts too.

He was quickly followed with several other renders.


As you can see, Prodos knocked out some great sculpts. The Prod Gen-Mod will stand 40mm and Overseer Billins and Micha Donelly, standing roughly 5'7", are each 29mm. With what we've learned making Overseer Billins, expect to see more multi-option kits coming in the future. 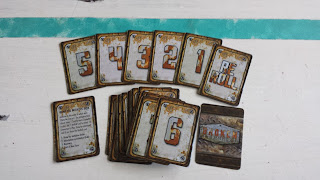 Finally, we got our first professionally printed components: the Initiative Deck which is used to determine what order the characters go in each turn. We're currently reworking a number of other components after seeing how people have interacted with them. We'll hopefully be showing those off in the near future.

This month we'll be finishing up the remaining renders. We'll also be doing some heavy playtesting. And we're working on a bunch of printed components too, so there should be a steady stream of stuff to show off. Thanks for reading!